What Goes Around; Sphericality in Cezanne Still Lifes

There is one simple reason a manual worker likes to have light over the shoulder opposite his working hand. It eliminates the hand’s shadow on the work.

In nearly all of Cezanne’s oil paintings where a light source can be detected it comes from the left. 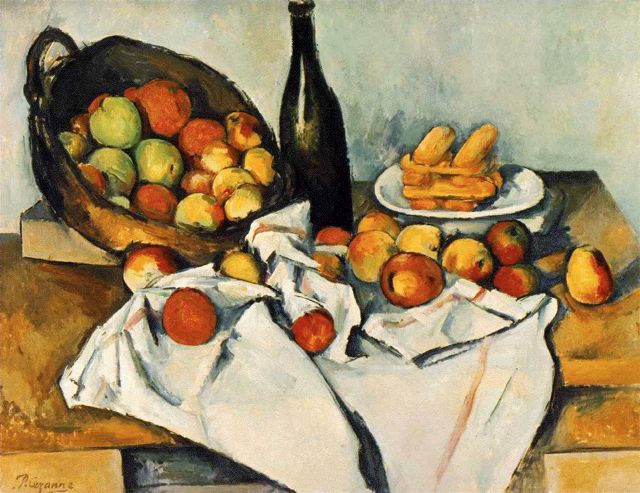 In this still life, all the round objects (all the fruit) are carefully modeled to show the effect of light striking from the left. There are even a few passages of reflected light in the shadow of an adjacent piece of fruit.

Cezanne carefully records local color when he paints the fruit.  Other elements, especially those that are not spherical, tend to be more monochrome. 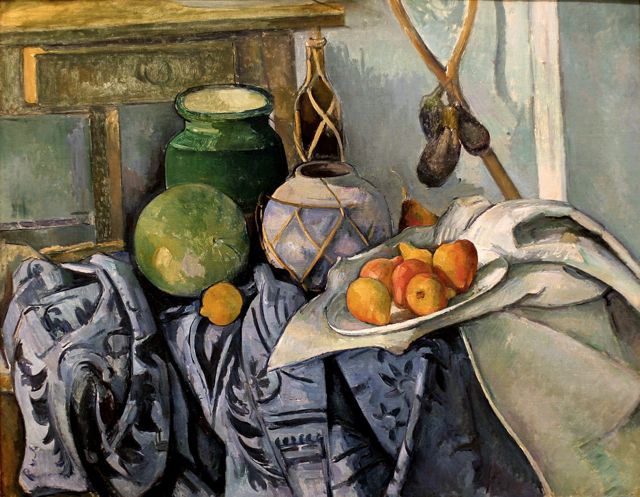 The square or flat elements are often rendered in reverse perspective. By denying his diagonals a vanishing point, or even a horizon on which to converge, Cezanne places his fruit in a dynamic environment in which they constantly threaten to roll off the table.  All the vertical and horizontal planes of the paintings, including the ones that define the mouths of a bowl or jar, are tipped forward and to the left.

The effect is somehow to reinforce the illusion of the fruit’s spherical shape. This is done by exploiting the fact that the left and right side of the pieces of fruit show diffrerent levels of contrast with the background.

Each individual piece of fruit appears to be rotating counter clockwise around a vertical axis.  The modeling brings the left, more contrasty side of each piece of fruit forward while the right side recedes. 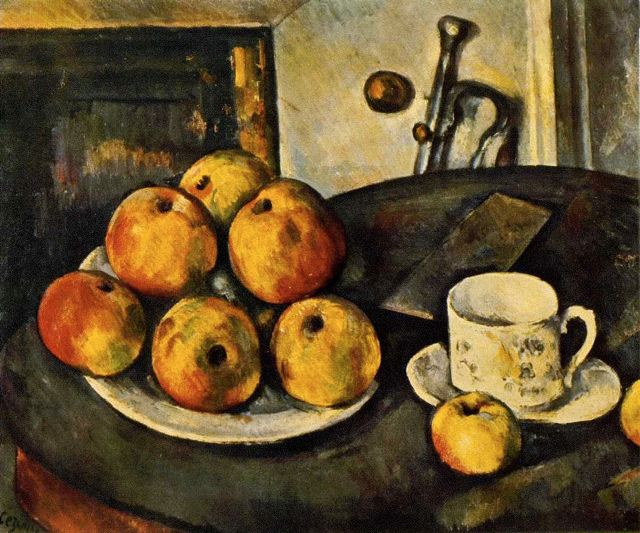 Next, the whole armature of vertical and horizontal lines and planes in which the fruit are situated in the paintings is skewed. The verticals are not parallel to the edge of the painting. Typically, they lean to the left. The horizontals may appear to square up better with the painting’s edge, but often Cezanne does not allow a horizontal line to meet behind an object. The left part of the horizontal will be lower that the right part which pitches the entire composition to the left.

The viewer is in a sense "moving" to the left of the scene by this device and indeed begins to see “around”  the individual pieces of fruit. This reinforces the feeling of roundness. 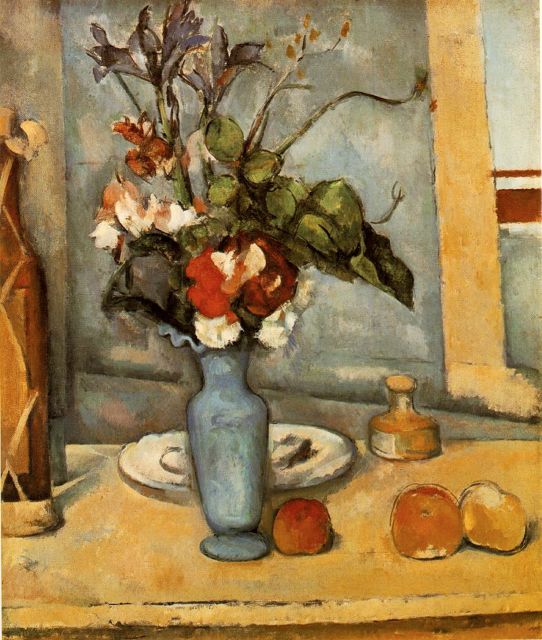 The sphere is one of the “sacred” shapes of which Cezanne said all painting are made.

In his still lifes Cezanne uses all the means at a painter’s command to give the sphere palpability.

Thanks for an honest and truthful post, the like of which is surprisingly rare and all the a lot more beneficial for it.uggs for cheap Regards, John. Get it completed your self is so a great deal simpler whenever it is possible to come across exceptional reports comparable to this one.