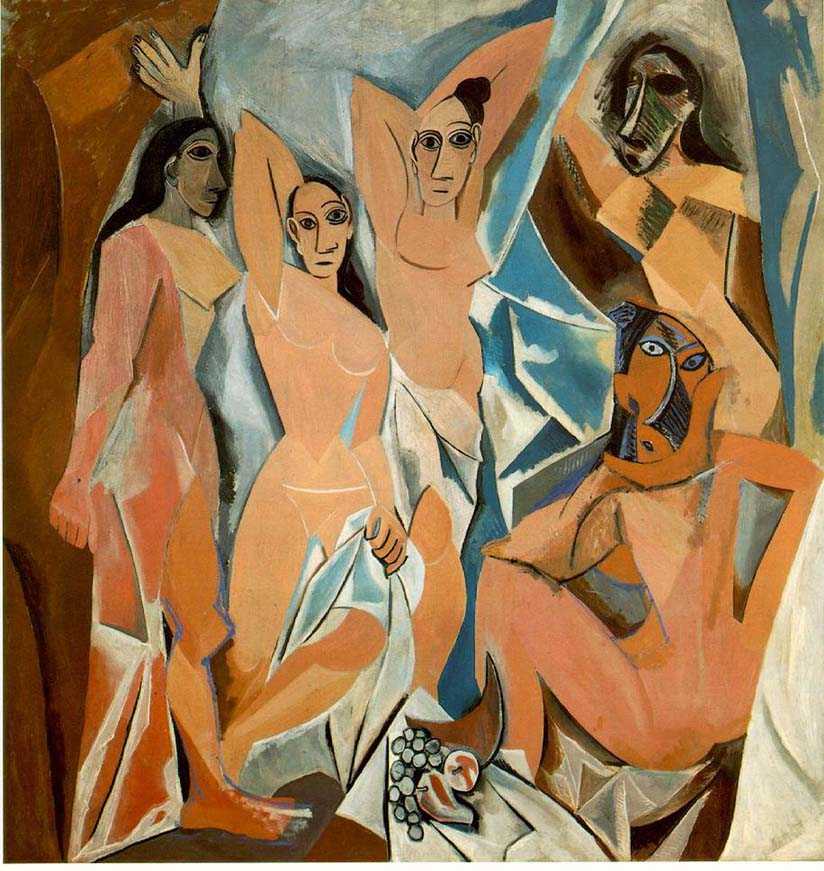 Henri Matisse’s Le bonheur de vivre from 1905 hung in the salon of Leo and Gertrude Stein’s in Paris where Pablo Picasso was a frequent visitor.

What must the ambitious Andalusian have felt hearing Leo Stein extol Matisse’s work as “the most important painting of our time”?

Apparently it aroused his feelings of competition.

His great masterpiece: Demoiselles d’Avignon from 1907 was his response.

In it he contravenes every aspect of Matisse’s painting including the title, locale, colour scheme, rendering style, format and seems to say instead: “Le bonheur de vivre? C’est ca!”

Some dichotomies expressed in the two paintings:

In every formal and philosophical aspect, Picasso takes Matisse’s work and turns it on its head. In many respects Matisse’s work is the thesis of which Picasso’s Demoiselles, the greatest painting of the 20th century, is the antithesis.