I painted a landscape in the Rosedale Ravine on a brilliant sunny Wednesday in September. 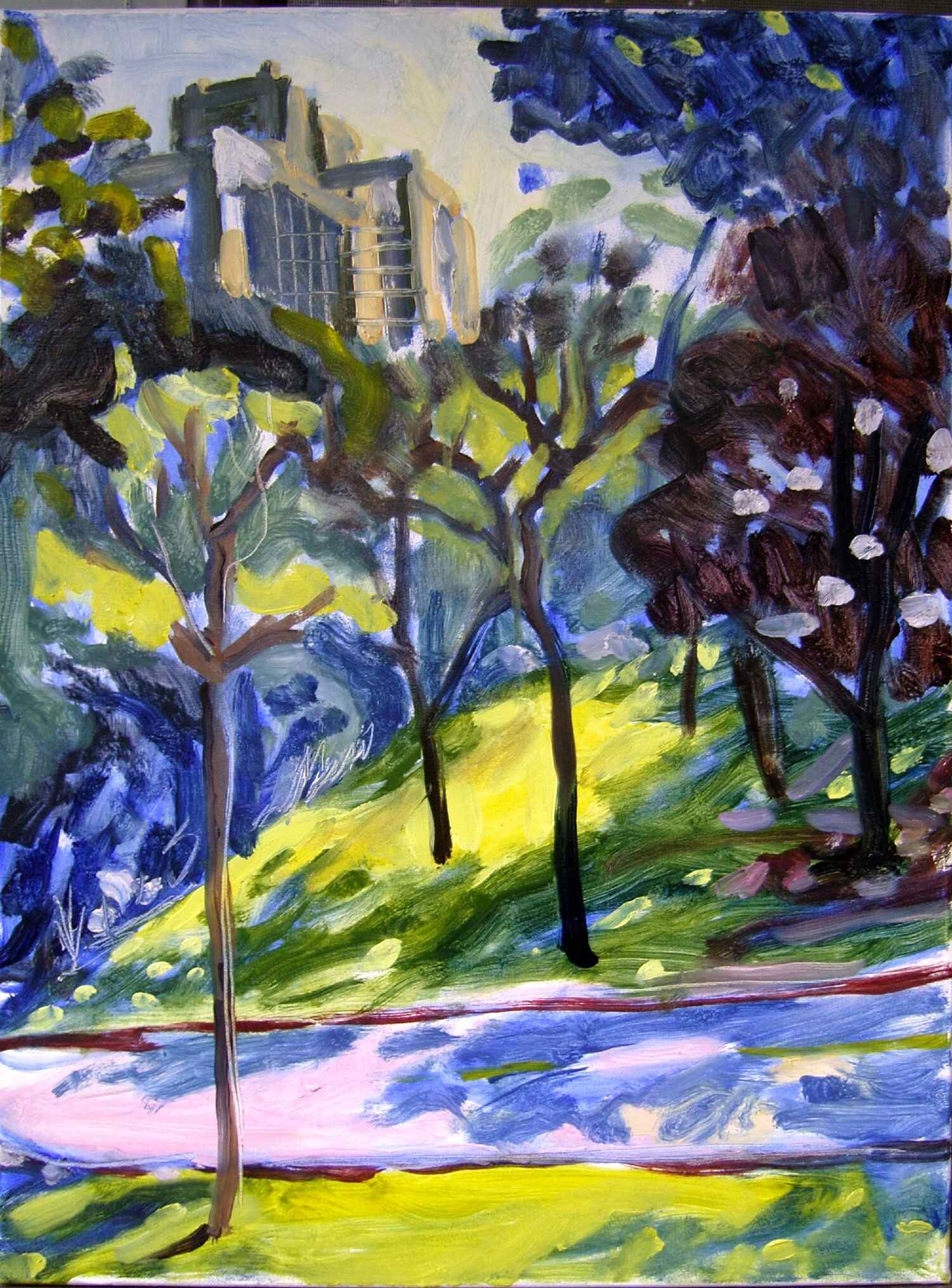 Thursday the light was the same, and I went out to do another the same size, intending them to be hung as a pair. 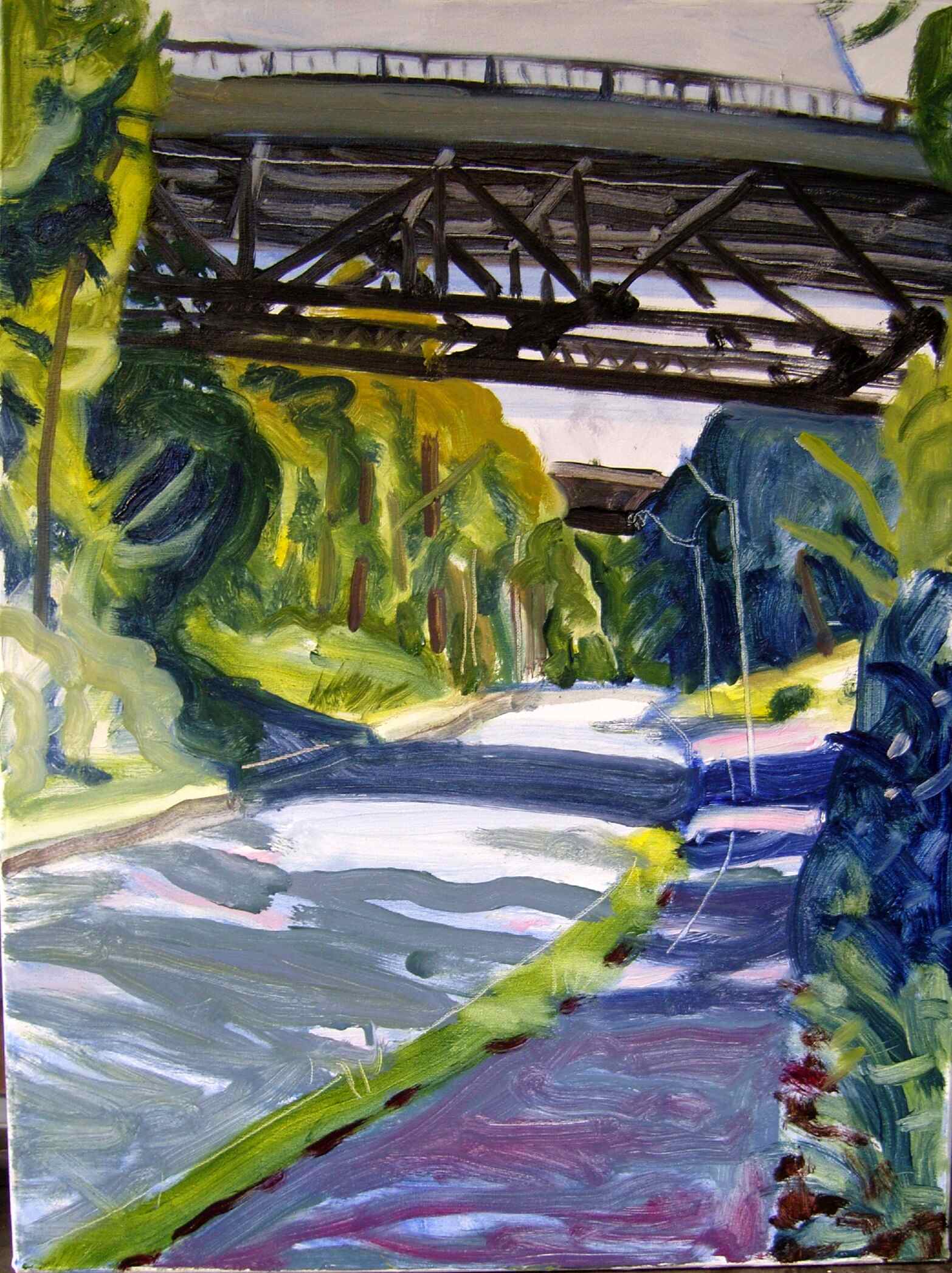 Frankly, I was disappointed. The two paintings exhibiting the same subject, the same size and color scheme didn’t help each other as I expected they would: each reinforcing the other by reprising pictorial tactics and stratagems. The two pictures were sullen and mute. They seemed to resent each other.

I resisted switching them because Wednesday’s came first and so it naturally had to be on the left . . . But when I did switch them, they locked together with an almost audible click as a comprehensible pair.

How did that happen?

In a survey of French Impressionist landscapes from 1863-1890, perhaps the most beloved paintings in Western art, an intriguing compositional bias can be detected.

If a French Impressionist painting is divided into four sections by two lines: one centred vertically and the other horizontally,  the vast majority of examples organize space in a similar manner.

Studies have shown that paintings from cultures that read right to left balance the composition of a painting differently,

There may be another cultural habit at work which makes paintings representing a clear view of a  receding space to the left more popular, and which makes this composition predominant in our most beloved paintings.

This response is more basic than the literacy habit and may be influenced by a more primitive section of the brain. The midbrain  controls vision, action and the “fight or flight” response. https://en.wikipedia.org/wiki/Midbrain

The midbrain does not register the space depicted in a picture as fictional. It registers an actual, unfamiliar and potentially dangerous terrain.

The fictive space of a landscape painting can appear hospitable and safe, or forbidding and dangerous (in other words: esthetically pleasing or not),  depending on whether and how much it excites the “fight or flight” response in the midbrain.

The weapon can be swung forehand or hurled at any approaching menace.

Open approaches from the right are more dangerous for the right-handed individual who would have to pivot 180 degrees to the right before a forehand blow could be struck or a rock thrown.

For this reason, the fictive space of a painting is viewed as more pleasant when there is receding space on the left and unsettling when the space is organized the opposite way.

The midbrain will permit the viewer to relax and enjoy one kind of composition and keep him or her tense in the other.

That is another reason why we are drawn to the paintings we love.